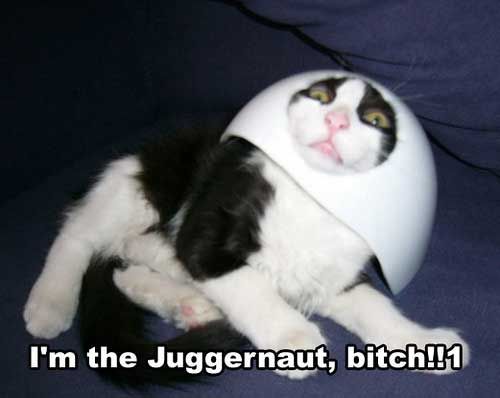 A few weeks ago while in the midst of a silent Bikram class, the instructor, who clearly didn’t understand the true meaning of silence said:

Success is found in stillness.

And while I dismissed the statement, as I did for the vast majority of the touchy-feely things yoga instructors say, that simple statement found a spot in my brain and just stuck.

One of tenets of being a founder is to keep moving. To do more faster. There is a reason accelerators are not called meanderers. And, after all, we are the Juggernauts, bitch.

Sharks die if they stop swimming.

I was chatting with a founder today, and he talked about how the common trait of founders was that they worked in a direction until they meet a wall, then adjust and move in a new direction. That decisions are made on the move, that the past is forgotten and the focus is only on the future.

There is no present in building a startup.

Perhaps the lie we have been told — that hard work = success — isn’t the only lie. What if in order to move forward, you had to also stand still?

After that class, I started to try and be still. I noticed that it was nearly impossible. I fidget. I am in a constant state of motion. I don’t stop; won’t stop. Even my brain never shuts the fuck up.

So I forced it. I started by keeping my hands still. Then my shoulders. I started to feel my shoulders relax. I focused on a single point in the mirror. And my brain slowed down.

And for a brief moment, I was perfectly still.

Then I lost it.

Over the past couple of weeks, I have worked on being still. Interestingly, the more still I became, the better the following pose became. I strained less. I was in better control of my breathing. I enjoyed it more.

I suppose it’s easy to understand why. Being perfectly still allowed me to think about what was next and my focus cleared. But it was more than that.

As I started to get better at being still, I started to notice how much my friends were not still. Ever. Phones, cigarettes, keys, pens, tapping feet, people walking by, email, tweets, and all the other standard and unique distractions that we gravate to like cats after shiny objects. And it’s not just motion, but noise and lights. Things blinking and beeping. Even in my house, with everything off there was a constant sound. I finally walked over to the fuze box, and turned the main power off.

And then the sound stood still.

It is clear that we live lives of distraction and constant motion, and while everything is moving at the speed of life, we are required to make important decisions about ourselves and our companies.

The more I felt the power of being still, the more I no longer wanted to make decisions on the move. As the next decision loomed, I stopped.

As the voice in the back of my head increased in volume at my apparent indecision, I sat still. As the eyes of my coworkers began to burn with the need for a decision, I closed mine.

After about 30 seconds of thought, I opened my mouth.

And a question popped out.

Not a decision, but a question.

It is not true that hard work always leads to sucess. In fact, working less is a much more likely path to success. Focusing on you versus your company drives you to do better, and therefore see your company grow faster and smarter.

But stillness? How can doing absolutely nothing help you succeed?

Stillness is where success begins.

There is an explosion of Startup Yodas, with their 140 character silly, pithy Jack Handy deep thoughts, seeking the retweet over the truth driving an insanely inappropriate number of tumblr quote posts. “Famous” founders comes out with... Continue →